Calls to Action Accountability: A 2021 Status Update on Reconciliation 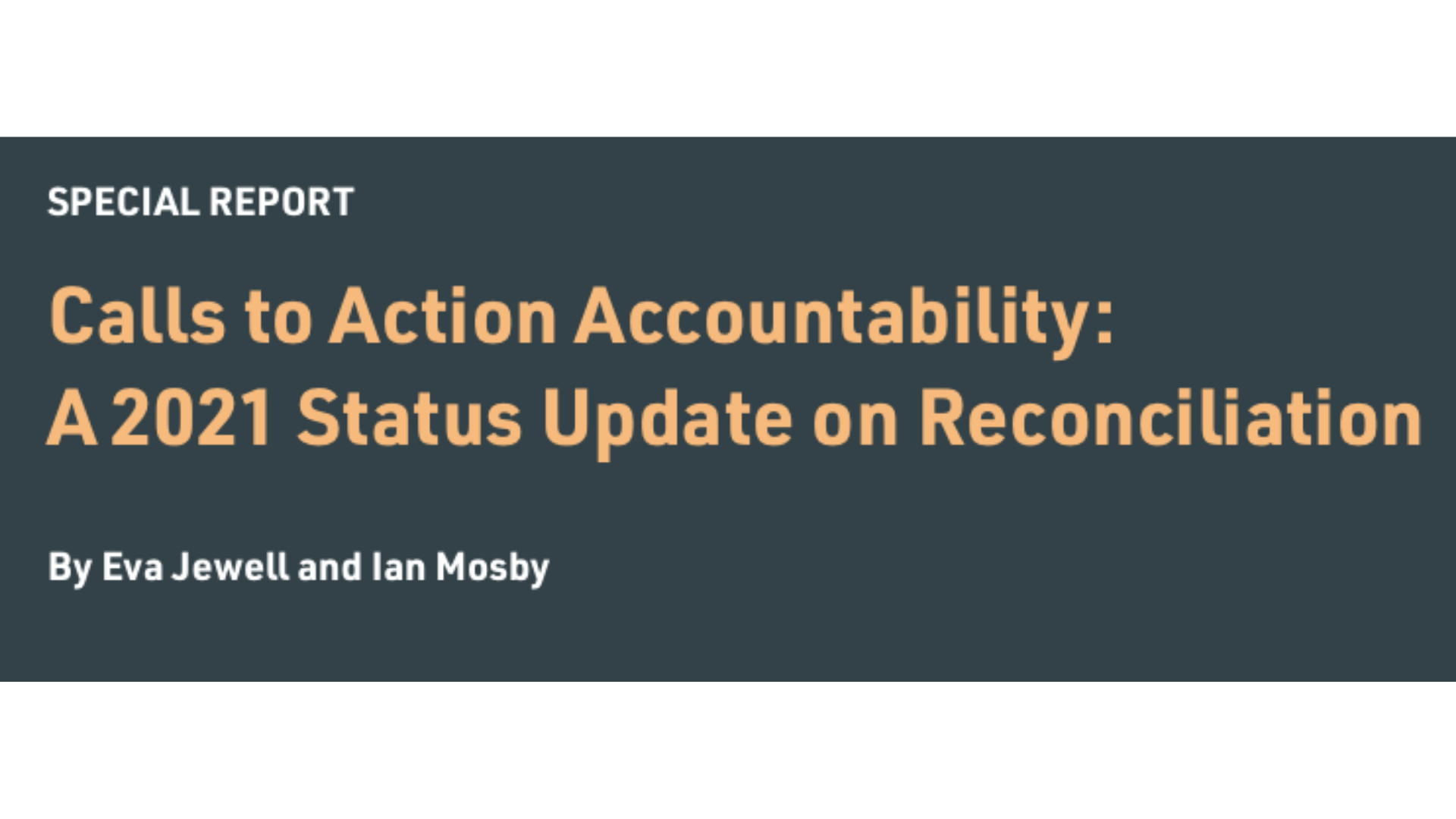 It has now been six years since the Truth and Reconciliation Commission released its six-volume Final Report along with the 94 Calls to Action, meant to remedy the ongoing structural legacy of Canada’s Residential Schools and to advance reconciliation in Canada.

Framed by the recent revelations of thousands of children’s graves discovered on the grounds of several Residential Schools and by signs of a new resolve among Canadians to work toward reconciliation, this year’s report finds three new Calls to Action have been completed. Despite this, we also find an ongoing failure by the federal government to meaningfully enact the Calls to Action that would alter the disparate realities that Indigenous peoples experience in this country. With each passing year, Canada opts to perform reconciliation in an effort to shape a benevolent reputation rather than enact the substantial and structural changes that would rectify ongoing harms and change the course of our collective relationship.